Welcome To Underground City of Cappadocia

I wake up a bit late. When I wake up, sun already shone and I heard some voices talking out of my room. It was still cold, but not cold as the day before. I got shower and went out of my room, expected that I still had chances to see sun rise, but apparently I didn’t. Michael and Terry were sitting on veranda, and I joined them while waiting our breakfast ready. We were not so late to watch some balloons flying above the sky. 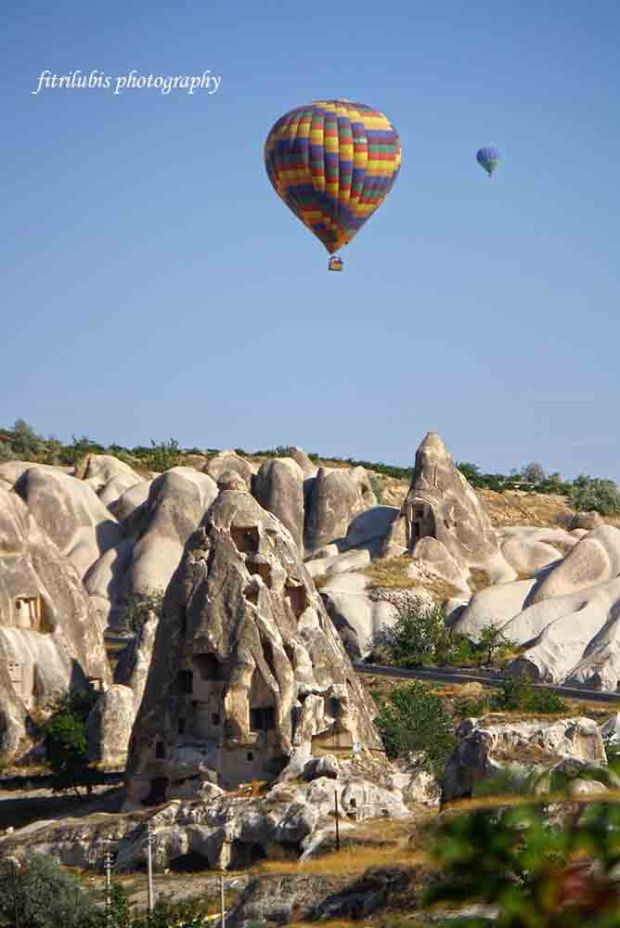 Balloon seen from veranda of my hotel

An hour later, a minivan picked us up. Julie, our friend from the last day trip was in the van, oh, she was not alone. Most of passengers were the same from our previous day trip, except Brazilian family which were replaced by some tourists from Japan. Julie and I did high five when we saw each other inside the van.

Our guide that day was Kezban, a young beautiful Turkish girl. First of all, she took us to Rose Valley. Ok, it has nothing to do with rose. It has no shapes as rose. And it has no smell as rose either. But, it has rose color. Yes, the valley has rose colored, especially when the sun shone on it, it looked so pink and bright.

So, we started to walk. Kezban lead us at the front line. It was a bit long trek, but not really hard. Sometimes, it could be a bit exhausted when the track kept going up, but Kezban always made sure that all of us made us before continuing the trek. Apparently, this was an easy trekking track. Before I continue, perhaps you wonder why this valley is called as pigeon valley. It was named after pigeon houses, where the rock was carved into a cave. Long time ago, pigeon were used to carry the message and their droppings were used as fertilizer in the valley. But today, there are very few pigeon available in the valley since many farmers still use their dropping for their plants.

Pigeon valley of Cappadocia. This is where our trekking track was begun. 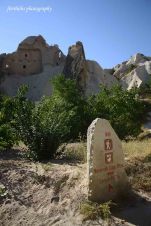 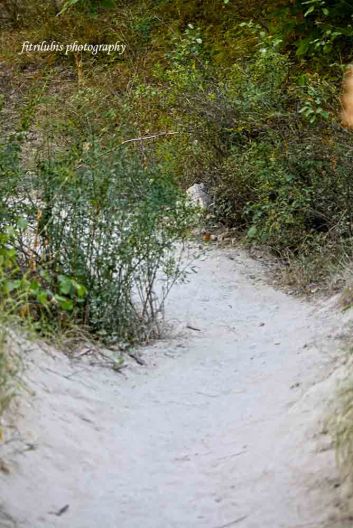 The trekking track at Pigeon valley of Cappadocia 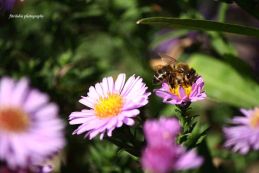 beautiful flower in the valley

Julie found horse at one of corners of Pigeon Valley

We spent half an hour to walk, and met some dried fruit vendors along the way. They even let us to try the fruits. Julie even found a horse eating grass at the corner of valley. So, I had chances to take her picture pith the horse. We were not alone in the valley. There were other groups as well, and I saw Yuan, my bus mate from Istanbul was one of them. She waved to me when she saw me. Kezban is a really nice girl. Julie, Kezban and I even had girls’ love romance talks 🙂

After lunch, Kezban took us to underground city. It was built under the hill known as Citadel of Kaymakli, and just opened to visitors started in 1964. Cappadocia underground cities were used as hiding places before Christianity was accepted as religion in the region.

It has 8 floors below, but only 4 are opened for public today. It has low, narrow and slopping passages. In some tunnel, we even had to crawl to pass it through. Before entering the city, Kezban reminded us if there were any of us having claustrophobic, we did not have to go into the ground. And if we start to feel dizzy, we should tell her immediately. Actually, I am not a big fan of cave or something narrow like that. But walking in underground city built thousand years ago. Perhaps, it’s just a chance in the lifetime, that was I thought. So, I conquered my fear and follow the group entering the city. Lucky us, none of us should leave the city earlier.

The first floor is the stable. The second floor was used as church. The third floor was the most important part, functioned as storage places, wineries and kitchen. The facts that there are a lot of storage rooms for earthenware jars on 4th floor seems to indicate that people living in this city was economically stable. The shafts of ventilation are also found started from 4th floor with the depth of 80 meters in the total. Archaeologists thought that probably there were 3500 people could live in the city in those times. 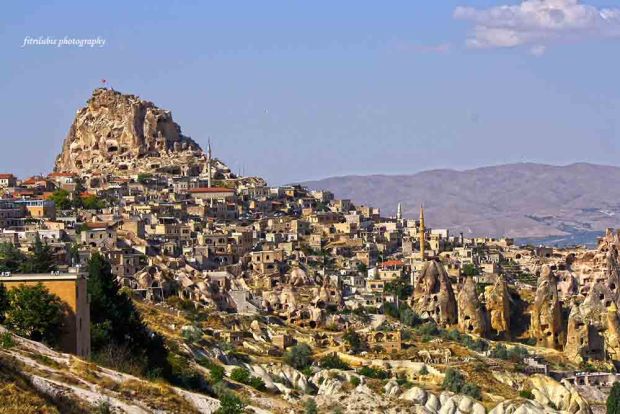 The Beauty of Cappadocia, seen from one of top of the hills.

We finished the tour at 5 o clock in the afternoon. I still have another two hours before leaving Cappadocia. Julie. Michael, Terry and I spent the afternoon walks before separating to our next journeys. Julie would fly to Greece. Terry and Michael would fly to Zagreb in the next four hours, and I would continue my journey to Pamukkale in two hours.

16 thoughts on “Welcome To Underground City of Cappadocia”