Visiting Maasai Village was one of the programs of our Safari Tour in Maasai Mara. At our second day, after having lunch at the edge of Mara River, Tom, our guide and driver all at once, brought us to Maasai village to see how Nomadic people live in person. This time, Tom was not the first person in the group. He changed his role to Ken, a Maasai man that would guide us to see his village and introduced us to head of village and witch doctor, known as important people in the village. 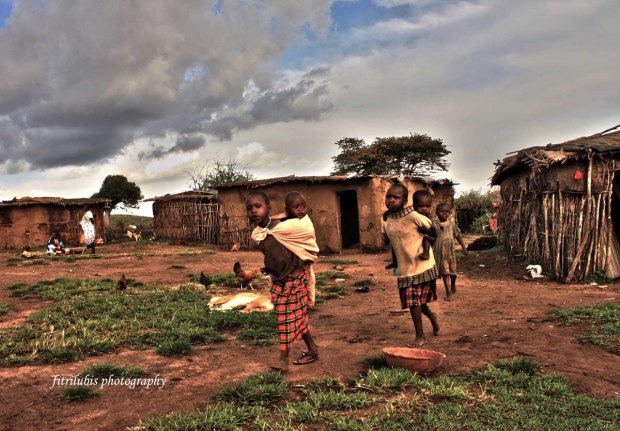 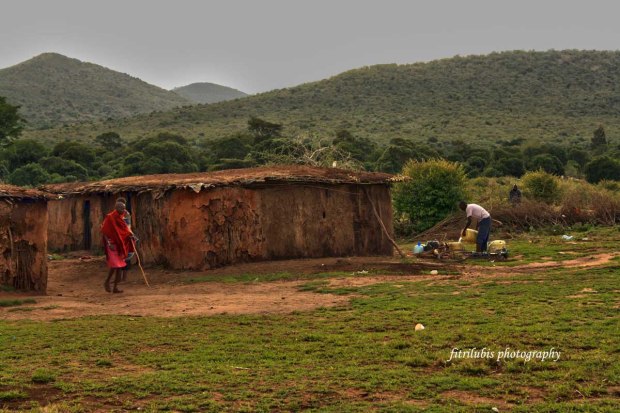 When the witch doctor saw me, he asked immediately, “Are you coming from Congo?”

I was so amazed and Lu suddenly whispered to my ear, “How did he know?”

“I have no idea, dude. Perhaps, that’s why he’s called the witch doctor,” I whispered back.

The Maasai were  friendly and welcomed us very well. Entering the village, we were expected to give charity, at least 20 USD per person. The money will be used for education of Masaai’s children. While doing the tour, the head of village explained to us how Maasai people live in tradition for many years. After occupying one village for nine years, they must leave the land they lived and moved to another land to start the new life again. It was done based on agreement between the Masaais themselves. There were no electricity and running water pipeline within the village. For the daily needs, they use water from natural resources such as river and spring.  There are no toilets at homes, instead they go to the bush and use leaves from special tree to clean up.

To entertain the guests, Maasai men started to make a performance of Maasai traditional dancing. Some men sang and the others jump with some sticks. They even put a red sheet on me, and made me look like one of them. Afterwards, the women took their part to amuse the guests. Unlike dancing done by men, the dance done by women was slower . They didn’t jump, instead they just stood and made circle, walked slowly while the singers sang a song. I couldn’t help myself to join. 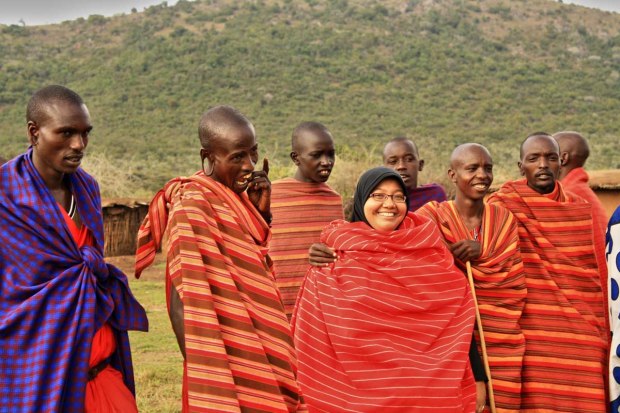 I am with the Maasai 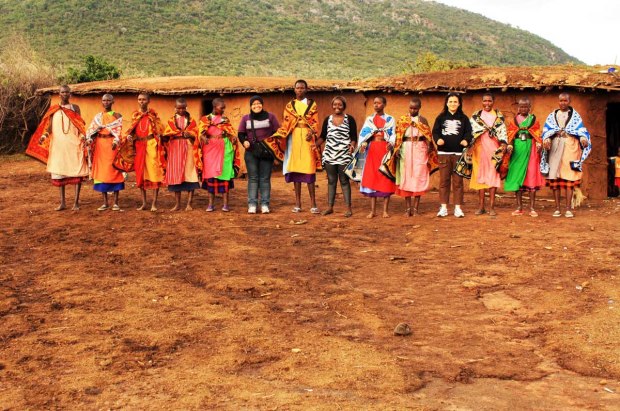 I am with the Maasai Women, ready to dance

I am following traditional dance with Maasai Women

After sometimes, a young man named Sam (from Samson), called me and Lu to visit his house. All houses in the village look the same. It was made by mixing clay and cow dung, with one door at the front side. These houses were built by women, instead of men. Based on tradition, constructing a house is women’s duty while men act as village warriors to guard village from enemy and go to the jungle for food hunting.

The house was dark, as there was no window to be used as ventilation. There was only one room inside, where all activities, from cooking to sleeping done there. Sam’s father asked Lu and me (he thought that we’re husband and wife, and immediately asked pardon once he knew that we’re not) to sit on the big box. I presumed they just used it to serve the guest for special occasion. We had simple chit chat with the whole family. As guests, we’re welcomed warmly. Sam also served special beers made from special trees which they call as sausage tree due to its fruits resembles to sausage. Fortunately, they understood me very well when I explained that I don’t drink alcohol. However, Lu didn’t mind to have taste a glass of beer. 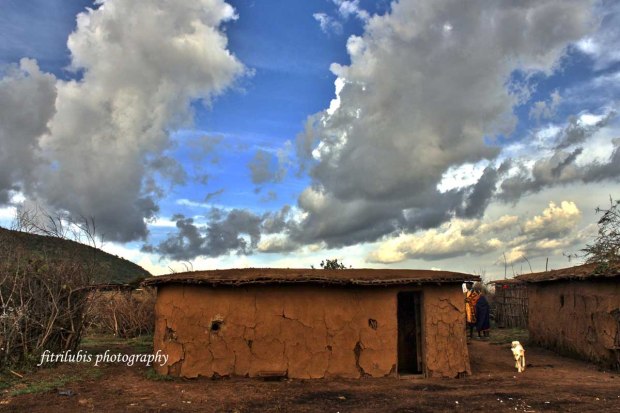 Even though they live in primitive and traditional ways, many villagers are educated too. Sam, for example, he just finished his high school and waited for the exam results to enter Medical School in Nairobi. I could see that the children have big willing to learn as I found some kids sitting in front of their house with a book to be read. 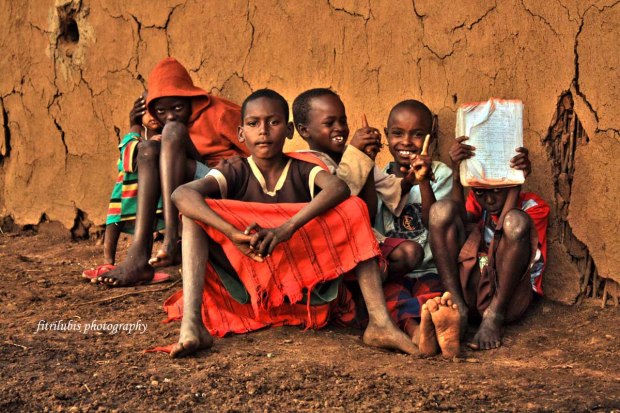 Then, Sam’s father took us outside to join the other people that were showing the guest how to make fire. The Women also made some crafts to be sold to visitors like us. They made necklaces, bracelet, ring and many more. Afterwards, they took it to traditional market to be sold. 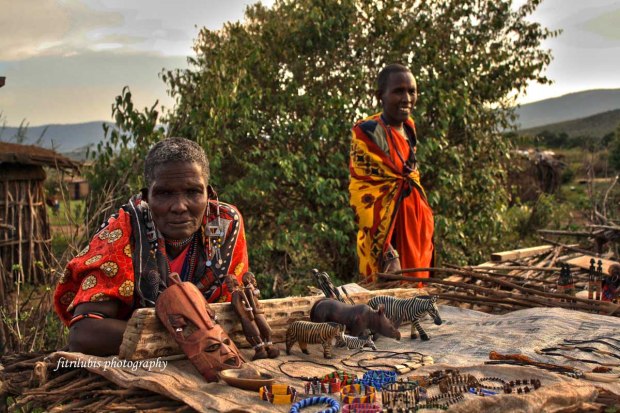 I was mesmerized by their ability to live in these simple and ordinary ways, compared to me, living in big cities with many facilities, and still have many complains in life.

23 thoughts on “Visiting Maasai Village, How the Nomads Live”